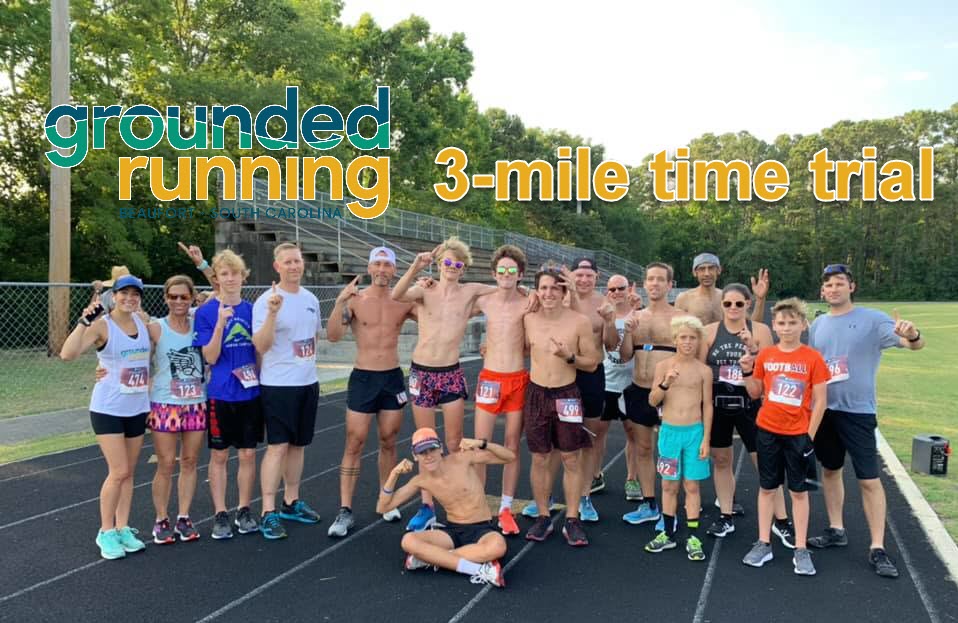 Twice a year Grounded Running Beaufort hosts a 3-Mile Open Time Trial and invites running clubs from all over to join in on the fun. We score the event Cross Country style by taking the overall performances from each team and scoring the top 5 runners. The team with the lowest overall total is deemed the winner. Team Captains submitted their runner’s times and GPS data for verification.

This year we had 10 teams from two different states represented. The Beaufort Track Club (BTC) filled 4 teams this year and we ran our time trial on the Beaufort Middle School track on Tuesday May 28, 2019. The starting temperature for the event came in at 93 degrees with a real feel of 103. Stephen Noble finished first with a time of 17:51 for the BTC and we saw several runners with overall improved times including one new Personal Best by Christy Steen in a time of 22:43. Overall Results from the Beaufort Track Club’s time trial.

Teams had until Thursday May 30th to record their 3-mile efforts and submit their results. Ace Brown with Team Fleet Feet Savannah took the overall win with a blazing time of 15:40 and Sara Maltby with Team SARC – Breakfast Club was the first place women’s finisher with a 19:08. Rounding out the top 5 Men’s results included:

This year we had 10 Teams of 5 or more runners competing for “braggin’ rights” until our Fall event in October. The Teams ranged from Atlanta, Savannah, Richmond Hill, Charleston and our home town of Beaufort with five full teams. The 2019 Teams included:

Our next 3-Mile time trial will take place the week of October 22, 2019! Thank you all for participating!!!